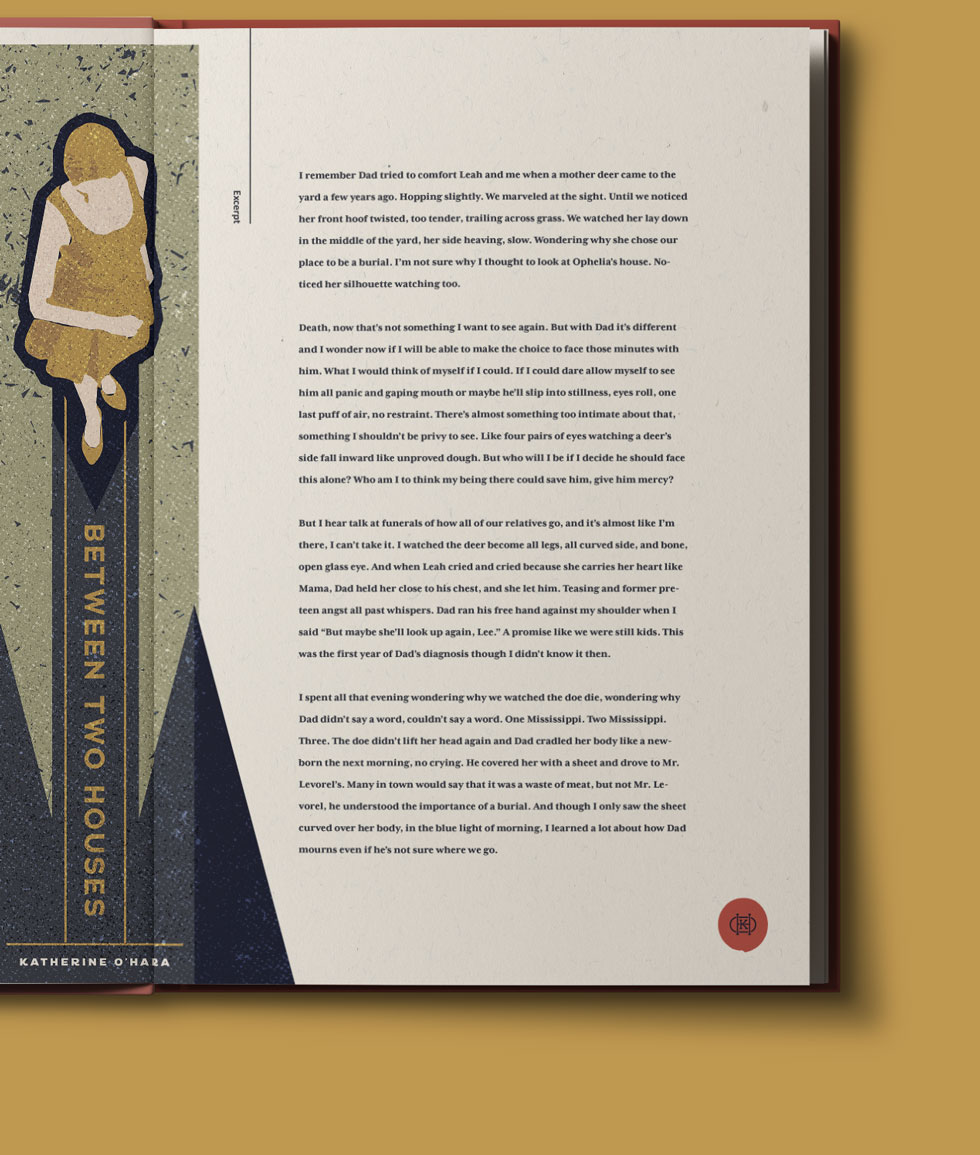 With the musicality of Margaret Renkl’s Late Migrations meets the meditative storytelling of Marilynne Robinson’s Housekeeping and the environmental and emotional fierceness of Jesmyn Ward’s Salvage the Bones, Between Two Houses focuses on universal moral questions within the Cajun nuances of Cankton, Louisiana. The manuscript currently stands at 70,217 words.

Based in Cankton, Louisiana, where my family is from, the novel exists in a town of only five hundred people where one’s roots play an important part in how these characters are a product of their social forces. Place and its cultural and environmental components amplify themes that philosophize faith, grief, and romantic relationships.

‍Between Two Houses follows two families: the Kibodeaux family through the perspectives of Lyla (the eldest daughter), Ellie (her mother), and the Guidry family through the perspective of Ophelia (the Kibodeaux’s next-door neighbor). When death unravels one family and separation another, Lyla, Ellie, and Ophelia consider whether reflecting on the past makes one stagnant or secure and how the departed’s flaws are revoked or amplified in the grieving process. In light of her father’s decline, Lyla stays home to support the family while her younger sister moves to Lake Charles without warning. After his passing, Lyla must come to terms with the past she holds on to, her relationship with her sister, and what it means to build a life without her father’s guidance. Ellie tries to sort through her superstitions and rituals, holding on to her God much to her daughter’s confusion. Next door, Ophelia contemplates how her parents’ relationship, and their inevitable divorce, influences how and who she loves. When a category four hurricane hits Lake Charles and continues on a path towards Cankton, the three women will ultimately have to make choices that test where their loyalties lie to themselves.